Over the last year the Moorland Mousie Trust has been busy encouraging interest in the local rare breed Exmoor pony; we are happy to advise and assist anyone with handling privately purchased young stock to help new owners get started on a good basis for building up a rewarding relationship.

Foal Handling courses in November showed those attending how we approach the young stock that have come direct from their moorland herds to the Centre and  the way in which we gain their trust, making each stage of the process a simple transition.

Over the winter the staff will continue with backing some of the older ponies that are now ready for the next stage of their training; this, like the other work, is done quietly and calmly to show them that there is nothing to fear. In time some of these ponies will become riding ponies at the Centre though initially they will only be ridden by trained members of staff.

A number of ponies owned by the Trust are doing a great job of conservation grazing at various sites around the country and the quieter months are also a good time to go out and check how they are doing.

Thank you all for your support.

The Editor of the East Lothian Life Magazine, Pauline Jaffray, has very generously offered to donate 50p to the Exmoor Ponies for every copy of the magazine that Liz sells.

So if you read the magazine, or if you would just like to try it, you can buy one from Liz and help the ponies at the same time.

A very big thank you to Pauline from us all.

Everyone's Traprain Pony Favourite Bob wants to know if you like his new sazzling bucket? 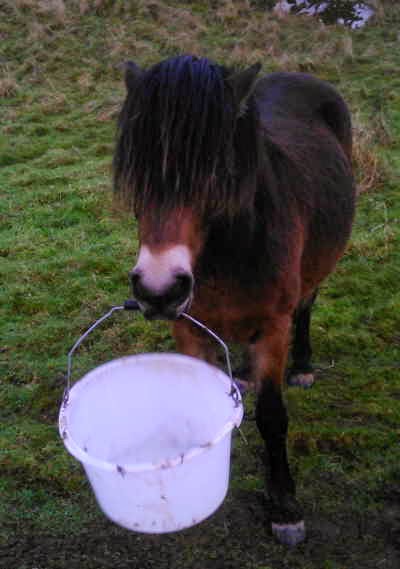 If you live in East Lothian, the latest edition of East Lothian Life Magazine has a two page Feature about Life at Pony Traprain – with a follow-up Feature being produced next Spring!

A very big Thank You to Pauline for making a stall available to us!

We have a further fund-raising stall at East Fortune Market, East Lothian (between North Berwick and Dunbar) this Sunday 7th December 2014 and Liz is very grateful to friends Janette and Brian who have kindly offered to man this stall.

Liz will be holding further stalls at the Traprain Law Car Park most Saturdays – subject to the weather being favourable! 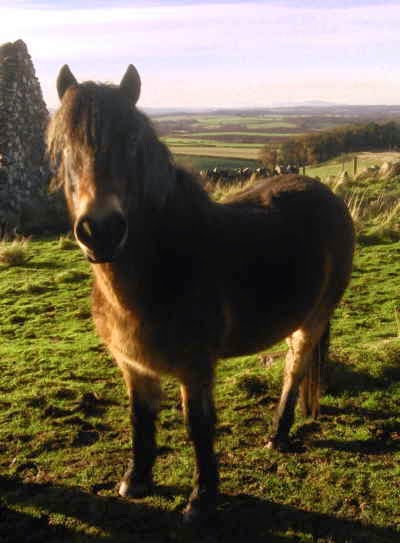 Wonderful pony Viper (above) is often camera shy but recently decided to overcome his shyness by posing for Liz's camera. 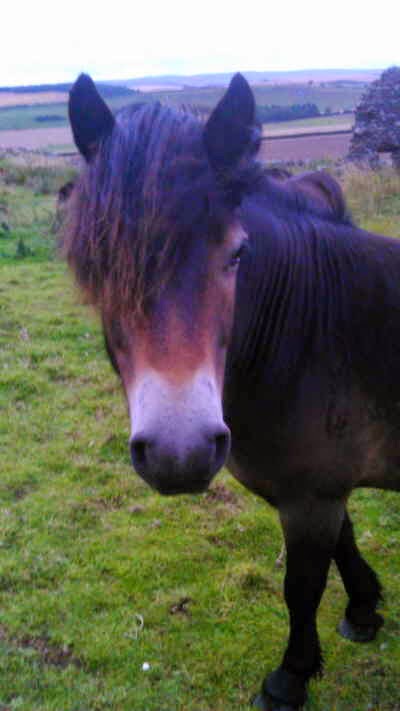 Thistle, above, and Bob often like to play “drums” together at Traprain – they may be the 1st Pony Music Band! 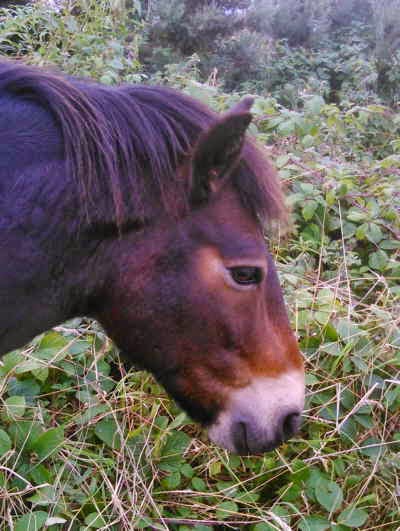 Above; The “magic” of Whistler who is featured in the latest edition of East Lothian Life Magazine 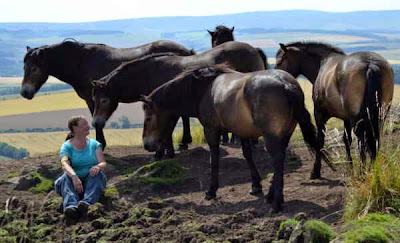